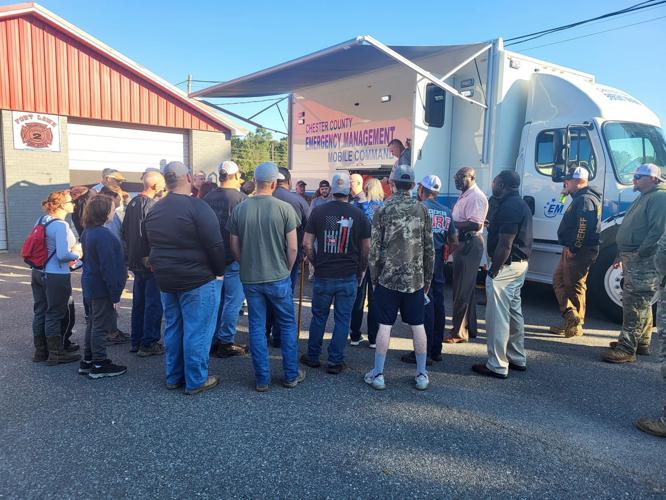 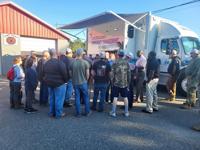 Volunteers, firefighters and law enforcement gathered together to search for Judy Pate. 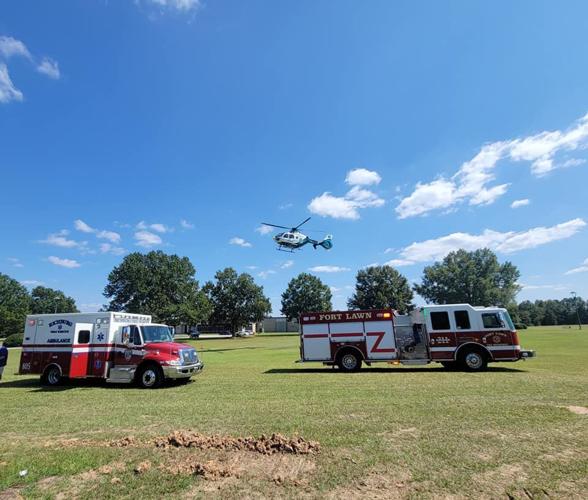 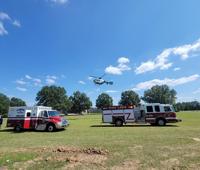 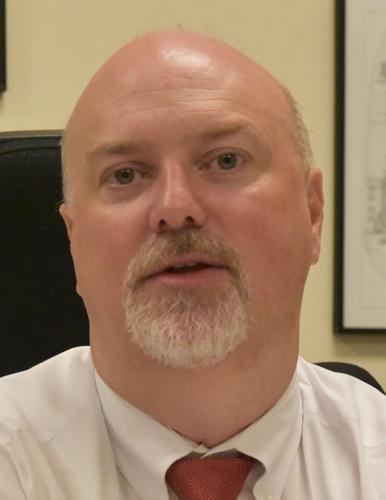 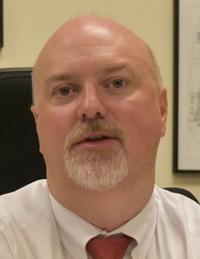 Volunteers, firefighters and law enforcement gathered together to search for Judy Pate.

It was a different sort of manhunt.

In the search for senior Judy Pate, a lot of the same resources were employed by the Chester County Sheriff’s Office that were used in last year’s manhunt for suspect Tyler Terry.

In fact, Sheriff Max Dorsey said there were some similarities between this search and that one.

“There were a lot of similarities, but in this case, we hoped that Judy Pate wanted to be found, where Tyler Terry did not.

“There were a lot of similarities as far as terrain, both places in the county were very similar. This search was just one the other side of Fishing Creek. There were more houses in this area also,” he said.

“In this case, there wasn’t that level of anxiety that there was an armed man in the woods. This search got to be much more open and included more volunteers who helped in the search,” Dorsey said.

“We benefited from the efforts of those volunteers and the work of the volunteer firefighters. The fire service helped us greatly.

“One challenge we had was organizing those volunteers – people would just show up at the command post and say ‘I’m from Gastonia and I want to help’. We had a couple that came from Salisbury, and they saw the search online and they wanted to come and help. The volunteers were absolutely critical in our search. Organizing them, making sure they were safe and that they were okay out in the field (so they didn’t become an additional liability) was a challenge,” Dorsey said.

“But it all worked out. We paired our volunteers with a volunteer firefighter or a police officer. The fire service is big in numbers, so thanks to them, we were able to really respond to this search. We had help from Fort Lawn Fire Department, and there were lots of other fire department that contributed,” he said.

Members of churches from Lancaster and Rock Hill also volunteered to help.

Pate, age 79, was reported missing on Sept. 13 about 9 a.m. from Helms-Gordon Residential Care in Fort Lawn. She was seen on a person’s home camera at Emmanuel and Cemetery Roads in Fort Lawn about 9:30 that morning.

“We got the call about 1 p.m. that she was missing. We mobilized, focused on gathering information from the community, interviewing witnesses (because we had a couple of witnesses that said they saw her).

“That led to this video that we got. I can’t say enough good things about the homeowner that gave us that video; he was very accommodating. If not for that video, I don’t know where we would have started, because that was the only evidence of Judy Pate’s direction of travel,” he said.

Dorsey also commended SLED for coming up and assisting, bringing resources include the SLED helicopter for the search. They also enhanced the video and were able to get more intelligence from the pictures. Technology also played another part in the search, as the CCSO drone “Artemis” was how the searchers ultimately found Pate. The human factor figured into the effort as well, Dorsey said.

“The community was overwhelmingly generous to us, in cooperating and providing water, food, we had people dropping off money to help pay for meals, we had a lot of businesses supporting us. Sweet Southern Java provided coffee. Tiffany’s in Great Falls brought us breakfast and Gaston, Marion & Stubbs bought a couple of meals for the searchers. It was very humbling to know the community is watching what you do, they cared about us and they prayed for us,” he said.

The search continued through the next couple of days. Then on September 15 the Sheriff’s Office reported about 3:30 that Judy Pate had been located alive and responsive near Cemetery Road in Fort Lawn.

“I can’t call this anything other than a miracle. The area in which she was found, in that creek and the area surrounding it, was search about four times, including helicopter and drone flights.

“We had no leads. We had not seen a clue of her being anywhere, other than that video we saw on Tuesday morning. We became discouraged,” Dorsey related.

Then a group of sheriff’s deputies, a few SLED agents and CCSO drone operator Junior Donaldson had an idea. They told the Sheriff they wanted to search a particular area one more time.

“They were gathered around the side of the command post and they had looked at the map showing where everyone had been. They were tossing around ideas and they said ‘we’re going to go do this.’ I said okay, and they took Artmemis and the operator and they went and told the operator where to look. It was really just a leap of faith, and they found her,” Dorsey said.

“Junior is one of our NCIC managers. He does a lot of things, including dispatch…he has filled in a lot while we had dispatchers in training. He had no sleep during the search and he came down and partnered with those deputies and SLED agents.

“If you listen to that radio traffic, it was amazing. They were talking on the radio, but also yelling across the search area to one another. One deputy was asking Junior ‘what do you see?’ He was flying the drone above the canopy of the trees and Junior answered ‘I see trees, I can’t see anything,’ and then suddenly in a half a second, the canopy opened up in one little spot, and he saw Judy Pate’s foot. He saw that she was moving, and he yelled (the radio coverage wasn't great because they were down in a bottom). The searchers started yelling at one another and that's when they went down in the creek bed and walked up to her,” Dorsey said.

When the searchers found her, Judy had been in the water for only a short time, she was verbal and she had an injury to her arm or shoulder, Dorsey said.

“One person on that search team was a tactical medic from SLED, who just attached themselves to that team. So when it came to having medical care, Judy Pate immediately had the best that you could ask for,” said Dorsey. “It was an amazing team,” he said.

He expressed much appreciation to the agencies involved, including Chester County Emergency Management. Deputy EMA Director Laura Kunzie developed a logistic system based on her experiences in the Tyler Terry search, and that system helped streamline this search.

Dorsey also had high praise for the family of Judy Pate, many of whom were in on the search the whole time.

“These are some of the most genuine people I’ve been around. They live in Lancaster and they are amazing people. They were so supportive of us, and they recognized that not only was it our duty to find Judy Pate, they recognized we had a passion for finding her. They could sense that we all had skin in the game to find her. It wasn't just about recovering somebody, we were recovering their mother, their mother-in-law, their aunt.”

The circumstances around the search helped renew Dorsey’s faith, he affirmed.

“I had become discouraged and I didn’t think this search was going to end well. We got a tip late Wednesday night that Judy Pate had been seen in Rock Hill, we worked all night on that. Some of our deputies and some of the Rock Hill PD officers woke some people up in York County trying to verify this. When our volunteers showed up Thursday morning, they sat there for two hours while we verified this lead. I was highly confident that was her, I thought she had gotten a ride, that someone had dropped her off. By 11 a.m. we verified it was not her.

“I was down. When we were let down on that lead, it was devastating to me. I thought ‘we’re not going to find her alive.’

“But if it hadn’t been for that team of deputies, SLED agents and volunteers, Artemis and the drone operator, she would not have been found,” Dorsey said.

He said the lesson he learned during this search was to remember the missing person is out there, until you find evidence that they are not.

“Going forward, that's going to be my philosophy. I was taught that lesson with Tyler Terry, and I resisted it. I resisted it on this search, and I was taught a lesson. The Message is: stay the course, and as a Christian, I think there are lot of lessons in that as well,” Dorsey said.

“I think we get wound up in believing we are doing all these things, that our efforts are bringing about these successes, and that’s not true: I’m just a vessel. The success happens because God wanted it to.

“We had one additional Person on our search team – the best One.”

Reportedly both SC DHEC and SLED are investigating the incident and the circumstances that allowed Pate to wander from the facility in Fort Lawn.

Sheriff Dorsey said, "I requested SLED to conduct an investigation to determine if any crimes were committed surrounding the time leading up to Mrs. Pate leaving the facility and/or once she left the facility."

DHEC spokesperson Laura Renwick confirmed DHEC is investigating Helms Gordon about this alleged incident, and as part of their ongoing investigation, DHEC staff were on site at the facility on Sept. 19 performing a survey inspection.

Vote for your favorite Football Player of the Week

Football Player of the Week Winner