Skip to main content
You are the owner of this article.
Edit Article Add New Article
You have permission to edit this article.
Edit
Home
News
Sports
Opinion
Obituaries
Features
Special Sections
Classifieds
e-Edition
Progressive Journal
The Lancaster News
The News & Reporter
1 of 2 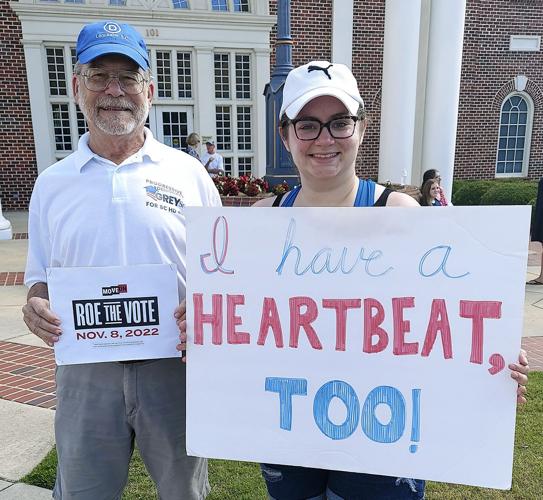 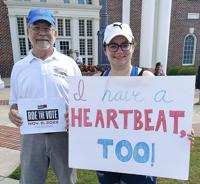 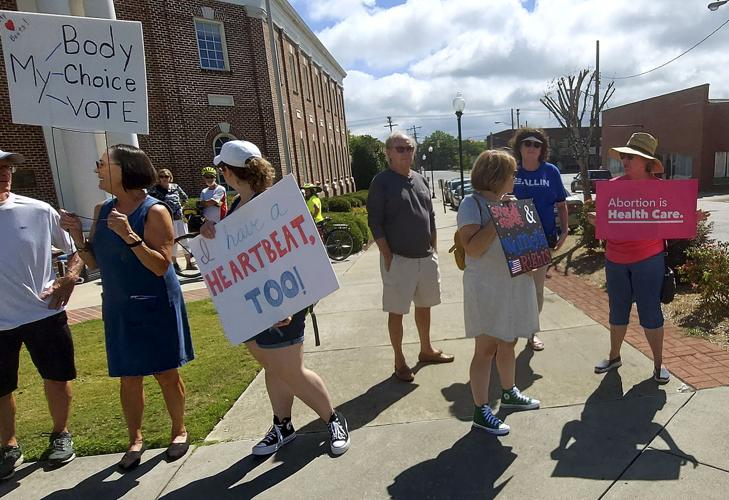 Above: A group of about 15 people gathered in support of abortion rights July 2 in front of the Lancaster County Administration Building. Left: Keith Grey Sr., left, and Katie Crosby spoke at a pro-choice rally July 2 in downtown Lancaster.

Above: A group of about 15 people gathered in support of abortion rights July 2 in front of the Lancaster County Administration Building. Left: Keith Grey Sr., left, and Katie Crosby spoke at a pro-choice rally July 2 in downtown Lancaster.

A group of about 15 people supporting abortion rights held a rally July 2 in front of the Lancaster County Administration Building.

Lancaster County Democratic Party Chair Katie Crosby, who organized the event, said the low turnout was due to it being a last-minute event, without a lot of preplanned notice.

“I was excited to have as many people as we did,” she said. “It was word of mouth and spreading things on Facebook. In the future, I hope we have even more.”

Crosby and former local Democratic Party Chair Keith Grey Sr. spoke, along with a local nurse. The event lasted about an hour and a half.

“It went well,” she said. “We marched down the downtown strip and back again. It was encouraging to get out there. Folks driving by gave us honks and waves. We got a really good response. Nobody was rude.”

Crosby said she realized people are still uneasy about addressing the issue in a public forum.

“People are nervous to get out and do things like that,” she said. “We haven’t had any big rallies like that in Lancaster. We are just now building that momentum here. It was good to see the folks there.”

The rally was in response to the Supreme Court’s recent overturning of Roe vs. Wade, moving decisions on abortion back to the individual states.

“We want safe and legal abortion,” Crosby said. “Abortion saves lives and we want to be in control of our own bodies. All we want is our freedom.”

South Carolina was one of the states that recently outlawed abortions after a fetal heartbeat can be detected, generally between six and eight weeks after conception.