Sign Up
Log In
Purchase a Subscription
You have permission to edit this article.
Edit
Home
News
Sports
Opinion
Obituaries
Special Sections
Classifieds
e-Edition
Progressive Journal
The Lancaster News
The News & Reporter
1 of 4 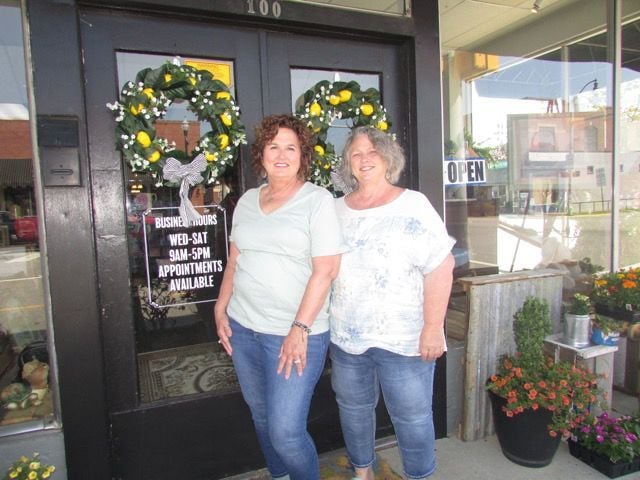 Gina Roberts, and her sister, Beth Clontz, are owners of the Pageland Mercantile, one of the town’s newest businesses. 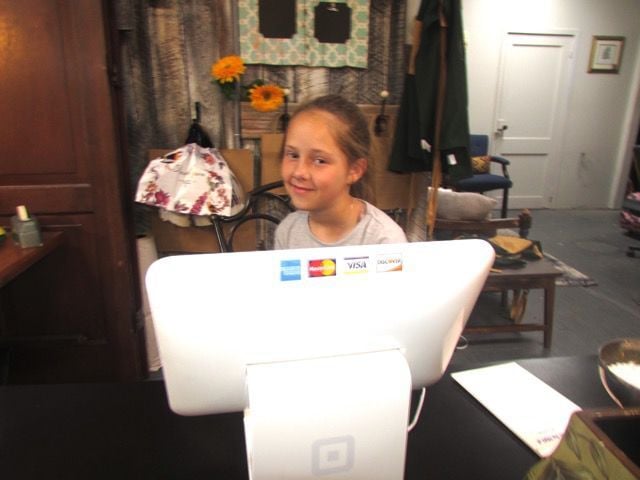 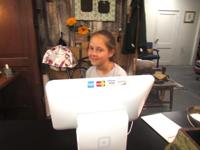 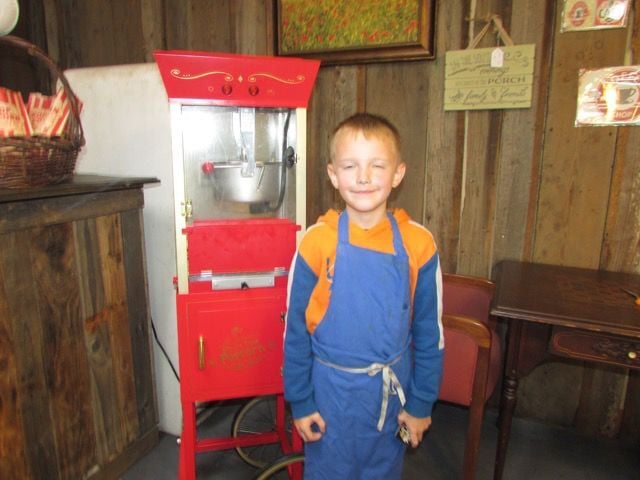 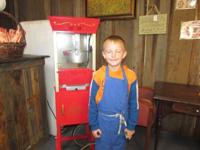 Bentley Rivers, 7, helps operate the popcorn machine at the Pageland Mercantile. The new owners of the store are teaching their grandchildren work ethic and how to serve the public. 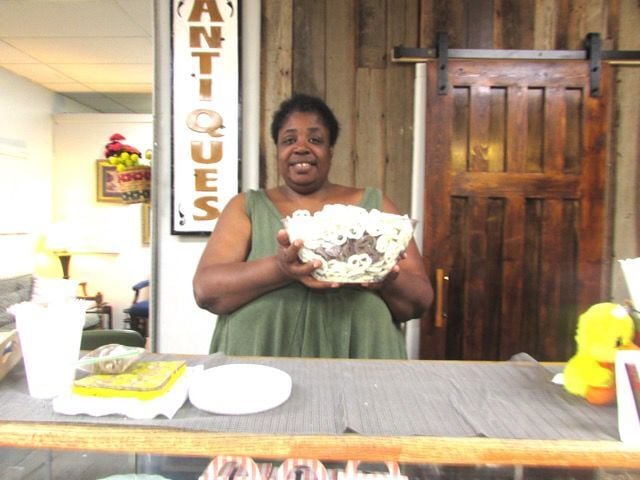 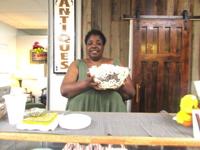 Sharon Crowder of Marshville, N.C., owns and operates a fresh bakery, LevelUp, within the Pageland Mercantile

Gina Roberts, and her sister, Beth Clontz, are owners of the Pageland Mercantile, one of the town’s newest businesses.

Bentley Rivers, 7, helps operate the popcorn machine at the Pageland Mercantile. The new owners of the store are teaching their grandchildren work ethic and how to serve the public.

Sharon Crowder of Marshville, N.C., owns and operates a fresh bakery, LevelUp, within the Pageland Mercantile

PAGELAND — The owners of the Pageland Mercantile, one of Pageland’s newest downtown businesses, said antiques are “in their blood.”

Once you enter the store, you will see a variety of antique furniture, wall art, pictures, glassware and much more. You can even purchase fresh produce, garden flowers, and old time candy from the business.

Roberts said she and her sister inherited the love of antiques from their grandparents, who were antique dealers in Kannapolis, N.C.

“As children, we would get antique gifts for birthdays, Christmas and any other occasions that called for gifts,” she said.

She remembered the gifts would be anything from quilts and rolling pens, to bookends.

Roberts said her parents also had a passion for antiques. Growing up, she said her home was filled with heirlooms.

Clontz said when she was young, she once said she didn’t want anything “old” in her house. But once she became a young adult, that all changed.

“I have multiple antiques in my home,” she remarked.

Clontz said one of her favorite antique gifts from her grandmother was a pair of horse-shaped bookends.

The sisters are training their grandchildren in how to run their antique business.

Two of Clontz’s grandchildren, Reese and Bentley, have certain responsibilities within the store. Reese, 10, runs the cash register and Bentley, 7, helps operate the popcorn machine and gives out business cards. He also sells from his collection of cap guns in the store.

“They’re learning work ethic and how to serve the public,” Roberts noted. “They go out with us to pick for antiques.”

Roberts said they want customers to feel “at home” when they enter the business.

“You can sit on the couch, look at vintage magazines, or read a book,” she said. “You can also enjoy free popcorn.”

You can purchase specialty coffee in the store as well. Police officers get free coffee and school teachers get 10% off on coffee, Roberts noted.

Within the antique store, there is also a fresh bakery, LevelUp Spicy Kreationz/Southern Kountry Komfort Food & Spices. It is owned and operated by Sharon Crowder. She sells chocolate covered pretzels, cup cakes, cookies, brownies, pies, homemade spices, and all kinds of goodies.

Roberts said the business is looking to represent local artisans and their products, such as homemade soaps and local honey, within the store.

“We want to show the talents of our community,” she said.

Currently, the store is only open on Saturdays, from 9 a.m. until 5 p.m. The business accepts debit cards, credit cards, checks and cash.

Roberts teaches special education at Western Union Elementary in Waxhaw, N.C. She plans to retire in June. After her retirement, the antique store will be open Wednesdays through Saturdays, from 9 p.m. until 5 p.m. beginning June 15.

Customers can also call the business at 972-533-1109 to set up an appointment to visit the store outside of the regular business hours.

Roberts and her husband, Wendell, moved to Pageland a year ago from Monroe, N.C.

“I love it here,” Roberts said. “The community, the Chamber of Commerce, and the Garden Club have really welcomed us.”

The Roberts have three children and two grandchildren.

Clontz and her husband, Mike, live in Marshville. They have two children and eight grandchildren.