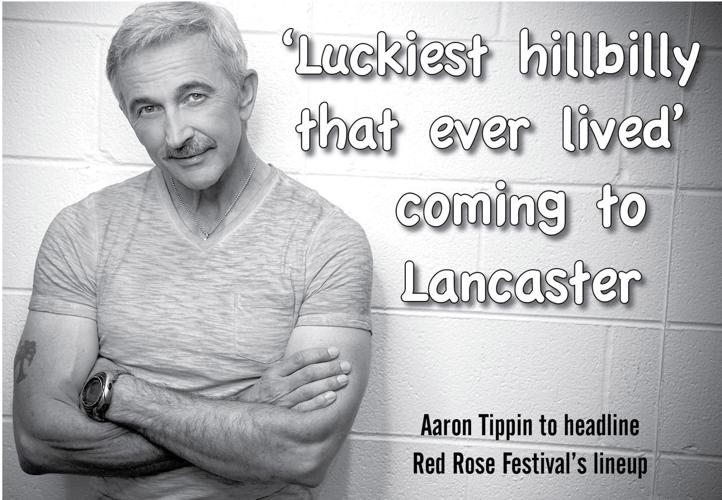 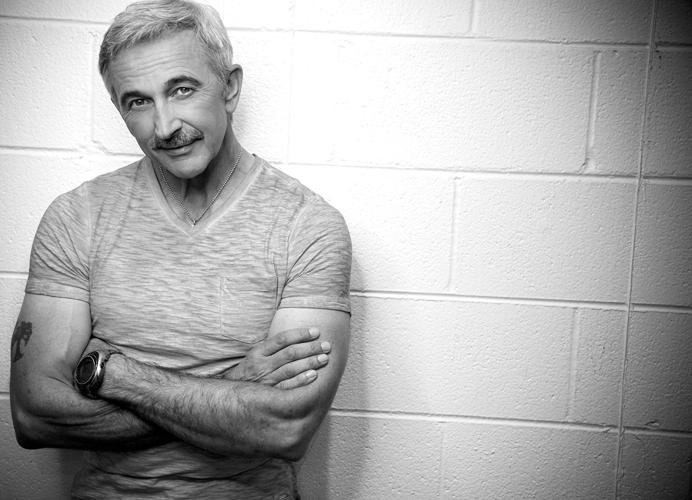 Aaron Tippin, who calls himself the “luckiest hillbilly that ever lived” to still be in the music business after more than 30 years, will return to his South Carolina roots this week. He takes the Red Rose Festival stage at 8:30 p.m. Saturday, May 21.

Aaron Tippin, who calls himself the “luckiest hillbilly that ever lived” to still be in the music business after more than 30 years, will return to his South Carolina roots this week. He takes the Red Rose Festival stage at 8:30 p.m. Saturday, May 21.

Country singer/songwriter Aaron Tippin will return to his South Carolina roots when he headlines the Red Rose Festival’s band line-up Saturday, May 21. The Traveler’s Rest native will take the main stage at 8:30 p.m.

Tippin’s traditional country sound and focus on working-class themes made him one of the most popular and enduring acts to come out of the 1990s.

Tippin admits that he looks at his career longevity with a bit of amazement.

“I think about it and go ‘Wow. What am I doing still here?’ I look at the flight that we took off in,” he said, referring to his fellow newcomers in 1990. “A lot of them are gone, it seems. Some quit by choice; some ran out from under it. But to be here (more than) 25 years doing it, I am the luckiest hillbilly that ever lived.”

Tippin says nobody was more surprised than him when he was invited to join Nashville powerhouse RCA in 1990. At the time he inked his deal, Tippin had almost given up on succeeding as a vocalist.

“I thought my chances were gone. I had been seriously trying to get a record deal for about three or four years,” Tippin said. “I just thought ‘Man, this ain’t gonna happen.’ I really had settled into songwriting, and my songs started to get recognized.

“One of the gals down at RCA, Mary Martin, heard me singing my demos. She said ‘Who is that?’ They said, ‘That’s that Tippin guy down there who writes for Acuff-Rose — the muscle guy.’ She said, ‘That’s hillbilly. That’s country. Let me hear what else he’s got. I want to meet him.’ ”

Tippin recalls that walking into the RCA office to meet with label head Joe Galante definitely had a magical vibe.

“The label was on fire,” he said. “I’m so thankful that Joe took a chance on me. It sure worked out, and I had a great run there.”

Tippin’s first RCA single, “You’ve Got to Stand for Something,” hit the Billboard Country Singles chart, peaking at No. 6.

After that, the hits began to pile up — “There Ain’t Nothin’ Wrong With the Radio,” “My Blue Angel” and “Workin’ Man’s Ph.D.” among them. Tippin built his brand on songs that touched a nerve with his blue-collar audience, and a unique vocal style that was definitely country.

“You either liked it or you hated it. I is what I is,” he said with a smile.

“The most success I had in the business was with songs that I crafted. I’m very proud of that. I think it makes a fan able to identify with me easier because these songs are about me — my life, who I am and how I was raised,” Tippin said.

But Tippin is no one-trick pony. His 1995 smash, “That’s as Close as I’ll Get to Loving You,” showcased a more dramatic vocal approach, which continued when he moved to Lyric Street Records.

“Everybody saw with ‘That’s as Close as I’ll Get to Loving You’ that I could do other things. So, when they were pitching songs to (me), it was with a lot broader range,” he said.

“To kick things off at a new label — I think it was a big success,” Tippin recalls of “For You I Will,” his debut single for Lyric Street.

Tippin credits a lot of his success to his wife and business partner, Thea.

“She is as much Aaron Tippin as I am,” he said, noting that Thea’s been involved in his music career since six months after he signed with RCA. “She’s got as much stake in this game as I do... She saw me at my lowest days, stood right there and stayed, even when things weren’t great, and I wasn’t having hit records. She listened to me whine all through it all. I owe her everything.”

Tippin returned to the top of the charts in 2002 with “Where The Stars and Stripes and Eagle Fly,” a song that became part of the American soundtrack after 9/11.

Since then, Tippin has recorded several musically diverse projects, including a well-received 2009 truck-driving album, “In Overdrive.” He also partnered with restaurant chain Cracker Barrel for the release of “He Believed.”

Tippin celebrated 25 years in the music business in 2015 by releasing “Aaron Tippin 25,” a two-disc collection of 25 songs — 10 new recordings of his biggest hits and 15 brand new songs. It includes Sinatra’s “The Way You Look Tonight,” the dance song at his wedding, and bluegrass and Southern rock in a nod to his roots.

Tippin said he always looks forward to connecting with his fans on the road in places like Lancaster. The singer still delights in that hour and a half performing on the stage, and those who come out to see him. But don’t call them “fans” — he thinks of them as family.

“They have been so great to me over the years, and they’re still coming out to the shows,” Tippin said. “That’s why I still sign autographs every night. I just want to get out there and shake their hand and give them a big hug — just to say thank you.”